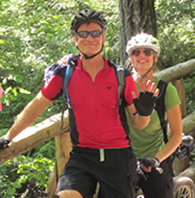 Few things in life are more important than the terms and conditions of your employment.  If you are an employee or a small business owner, I'd be happy to discuss your employment law matter.  I've been advising employees and employers and successfully litigating employment law cases for over twenty-five years.  To reach me, please use the confidential Contact Form above, or email     My office telephone number is:  (503) 841-6722 ext. 1.

Below, you'll see summaries of cases I've handled, along with publications and speaking engagements and articles I've written on physician employment contracts, noncompetition and nonsolicitation agreements, wage and hour law, employment discrimination, sexual harassment, and family medical leave laws.  Along with general employment law matters, my practice currently focuses on working with physicians and other licensed healthcare professionals in Oregon, Washington, and California concerning their employment contracts and other employment law matters.

I've successfully represented employees in hundreds of employment law matters in state and federal court, as well as in arbitration, mediation, and informal negotiation.  My experience includes many wage & hour, sexual harassment, discrimination, retaliation, family leave and breach of contract matters.  I work with a wide range of employees, including physicians, health-care professionals, and tech workers, regarding contracts and employment law issues.  I also prepare employment contracts, handbooks and policies for small employers.

In addition to my own cases, I often work collaboratively as co-counsel or on a contract basis with other attorneys.  For example, I have served as second-chair trial attorney in two overtime class action trials, collectively recovering more than $200 million for over 3,000 employees.  I also assist with briefing in the appellate courts.

Since receiving my J.D. from Harvard Law, I've been active in the Montana State Bar (1988), the California State Bar (1991), the Oregon State Bar (2011), and the Washington State Bar (2021). In law school, I was a summer law clerk for Justice Warren W. Matthews, Jr. of the Alaska Supreme Court. I have a B.A. with Honors in English Literature from Montana State University.  From 2014 to 2016, I was co-chair of the Employment Law Section of the Oregon Trial Lawyers Association ("OTLA").

I occasionally lecture at legal seminars for attorneys, law students, and undergraduates.  For example, in September 2021, I lectured at the Oregon State Bar Employment Law Bootcamp on "Employment Agreements, Noncompetition, Nonsolicitation, and Trade Secrets."  In San Francisco I volunteered as supervising attorney at the Legal Aid Society of California Worker’s Rights Clinic.  In Missoula, Montana I was a volunteer attorney with the Montana Legal Services Association Family Law Clinic.  I have also published articles, essays, and treatise selections on employment law.

I grew up -- and worked hard -- on my parent's small ranch in Eastern Montana.  Later I put myself through college by working as an oil-field roughneck in North Dakota and as a seismographer in the Wyoming.  I've also been employed as a house painter, a landscaper, a property manager, and a bartender.  In law school I was a legal research assistant, and  I've also worked as a Law School Admissions Test ("LSAT") preparation instructor.  My father had only three years of formal education and my mother completed only high school - yet both were teachers at heart (several of my siblings became teachers) and encouraged me to pursue my education wherever it lead.

I've been fortunate to practice with many outstanding attorney mentors in Oregon, California, and Montana.  I enjoy reading, writing, and sports, and most of all I enjoy hiking and biking with my wife, Kathy, and our dog, Layla.  Layla enjoys frisbee, chasing tennis balls and swimming.

Negotiated Resolution -   (Portland, OR) (represented employee in arbitration proceeding and reached confidential settlement with substantial compensation for physician's breach of contract claim for severance due upon termination)

Negotiated Resolution -   (Portland, OR) (represented employee in confidential settlement of physician's breach of contract claim for salary increases promised but not delivered)

Negotiated Resolution -   (Portland, OR) (represented executive employee defendant in arbitration proceeding over alleged noncompete agreement breach and obtained resolution of case with payment of no damages and dismissal of claims in confidential settlement)

Negotiated Resolution during LItigation - (Portland, OR) (represented employee in FMLA/OFLA interference/discrimination case in U.S. District Court which resulted in confidential settlement before trial)

“Sexual and Racial Harassment,” Employment Law Beyond the Basics CLE, Portland, OR,  2014

“Sexual, Racial and Other Harassment in the Workplace,” Fundamentals of Employment Law CLE, Portland, OR, 2013